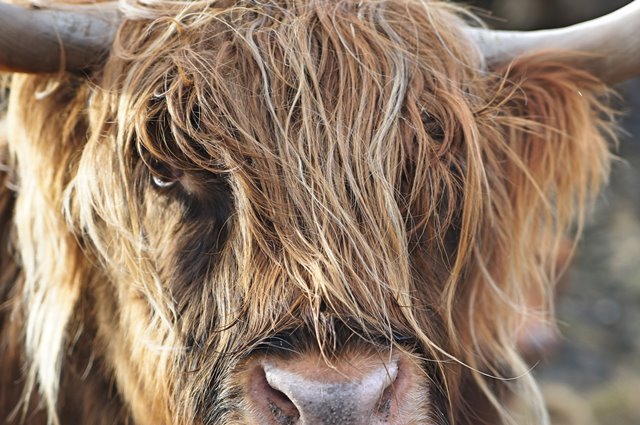 I had the most interesting conversation during a session with a client about one of her “sacred cows.”

Her particular “sacred cow” is not important. The fact that she has one that is running her life does matter…A LOT.

What’s a sacred cow? It’s either an animal you find wandering the streets of India or it’s a metaphor that describes something that appears untouchable or unchangeable.

It’s a story or a rule that you have decided just “is.”

“There’s no way to change it,” my client stated firmly. “I was indoctrinated that way as a kid by my folks and by our religion and it’s just part of who I am.”

THAT statement made my red flag shoot high up into the air.

One of my sacred cows was that I was shy. I heard someone describe me as shy and it seemed to fit – I felt awkward being around new people or large groups of people. I liked a lot of time alone. So when someone labeled me as “shy” I took that label and believed it.

One day when I was in my mid-twenties, a new roommate of mine laughed out loud when I described myself as shy. I mean, she practically guffawed. “YOU, Angie Mattson,” she said, “are NOT shy.”

Her response shocked me. Enough that I began to inspect this “story” I had believed to be FACT for so long. With a bit of introspection, I realized she might be right. Afterall, I had developed a healthy self-confidence over the last few years. I also figured out that being an introvert (which I lean towards) is much, much different than being shy.

Once I dropped the proverbial sacred cow which was my “shy” label, I started my own business. I begin taking more leadership roles and speaking publicly. Releasing that story radically changed my view of myself and radically opened up my world view.

Of course, gentle reader, this makes me think about you…

If your stories are working for you, great! Don’t change a thing.

But, if there are a couple of sacred cow stories that are having a negative impact and keeping you stuck, suffering, or frustrated, then perhaps it’s time to explore them.

The essence of my Wayfinding is this: examining the sacred cows. Questioning the stories you tell yourself. Unwinding them. Inspecting them. Even having conversations with them. And then healing them and releasing them so you have space to begin telling a NEW story. A more authentic story. One that fits who you are TODAY (and who you probably always have been before someone shoved a sacred cow in your face).

If you’re ready to do some exploration, I’d love to go Wayfinding with you.

P.S. May I ask you to share this post with one or two people? People who may have hinted (or said outright) that they have stories that are running their lives and those stories ain’t working for them anymore.

We use cookies on our website to give you the most relevant experience by remembering your preferences and repeat visits. By clicking “Accept”, you consent to the use of ALL the cookies.
Cookie settingsACCEPT
Manage consent

This website uses cookies to improve your experience while you navigate through the website. Out of these, the cookies that are categorized as necessary are stored on your browser as they are essential for the working of basic functionalities of the website. We also use third-party cookies that help us analyze and understand how you use this website. These cookies will be stored in your browser only with your consent. You also have the option to opt-out of these cookies. But opting out of some of these cookies may affect your browsing experience.
Necessary Always Enabled
Necessary cookies are absolutely essential for the website to function properly. These cookies ensure basic functionalities and security features of the website, anonymously.
Functional
Functional cookies help to perform certain functionalities like sharing the content of the website on social media platforms, collect feedbacks, and other third-party features.
Performance
Performance cookies are used to understand and analyze the key performance indexes of the website which helps in delivering a better user experience for the visitors.
Analytics
Analytical cookies are used to understand how visitors interact with the website. These cookies help provide information on metrics the number of visitors, bounce rate, traffic source, etc.
Advertisement
Advertisement cookies are used to provide visitors with relevant ads and marketing campaigns. These cookies track visitors across websites and collect information to provide customized ads.
Others
Other uncategorized cookies are those that are being analyzed and have not been classified into a category as yet.
SAVE & ACCEPT