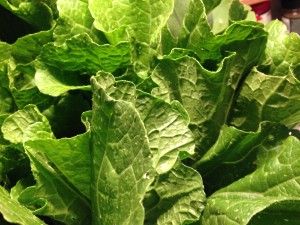 In an epic effort to squash my procrastination streak, I spent six and half hours weeding the garden this past Saturday. In the whirlwind of finishing my book, I let the garden go untended for a long, long time.

I poured all my time and energy into my book. Night and day. Day and night.

It was hot outside.

If I’m totally honestly with myself, I think that’s the real reason I didn’t do the weeding.

It was hot outside.

Kind of a sad reason, huh?

I can write a whole freaking book (247 pages!), but going outside to weed when it’s 90 degrees turned out to be a non-starter for me.

I thought about going out to weed everyday. I knew I missing out on yummy veggies. I knew the weeds and the bugs were going to win.

A study out of Carlton University figured out seven triggers for procrastination. If the thing you aren’t doing is:

…you will be more inclined to procrastinate.

And the more triggers a task has, the more you put off getting it done.

When I think about gardening, I realized the longer I put it off, the more frustrating and difficult it became. Also, it’s a very unstructured activity. No one was demanding that I weed the garden. There was no schedule or deadline. There were no repercussion for not getting it done (except letting a lot of good produce go to waste).

And so, six and half hours later, 85% of the garden was finally weeded. I still need to finish the carrots and the asparagus row (maybe this weekend?).

You could be avoiding something small (like weeding) or something big (like starting a new business or changing jobs).

If you can figure out why you’re in procrastination mode, you can shift into action by removing some of the triggers.

For instance, you could hire a career coach to help you with a job transition. This will give you support and introduces structure (and accountability) to the process.

With my weeding, I could schedule in one hour, several mornings a week. By picking a cooler time of day and committing to it, I eliminate the triggers.

Procrastination doesn’t have to derail you from getting/achieving what you want. Figure out the triggers and kick ’em to the curb!

We use cookies on our website to give you the most relevant experience by remembering your preferences and repeat visits. By clicking “Accept”, you consent to the use of ALL the cookies.
Cookie settingsACCEPT
Manage consent

This website uses cookies to improve your experience while you navigate through the website. Out of these, the cookies that are categorized as necessary are stored on your browser as they are essential for the working of basic functionalities of the website. We also use third-party cookies that help us analyze and understand how you use this website. These cookies will be stored in your browser only with your consent. You also have the option to opt-out of these cookies. But opting out of some of these cookies may affect your browsing experience.
Necessary Always Enabled
Necessary cookies are absolutely essential for the website to function properly. These cookies ensure basic functionalities and security features of the website, anonymously.
Functional
Functional cookies help to perform certain functionalities like sharing the content of the website on social media platforms, collect feedbacks, and other third-party features.
Performance
Performance cookies are used to understand and analyze the key performance indexes of the website which helps in delivering a better user experience for the visitors.
Analytics
Analytical cookies are used to understand how visitors interact with the website. These cookies help provide information on metrics the number of visitors, bounce rate, traffic source, etc.
Advertisement
Advertisement cookies are used to provide visitors with relevant ads and marketing campaigns. These cookies track visitors across websites and collect information to provide customized ads.
Others
Other uncategorized cookies are those that are being analyzed and have not been classified into a category as yet.
SAVE & ACCEPT